Wow, what a difference! Coming from Cairo, everything in Abu Dhabi still feels arabic, but so much newer, cleaner and shinier. I guess billions and billions of oil money do make a difference… 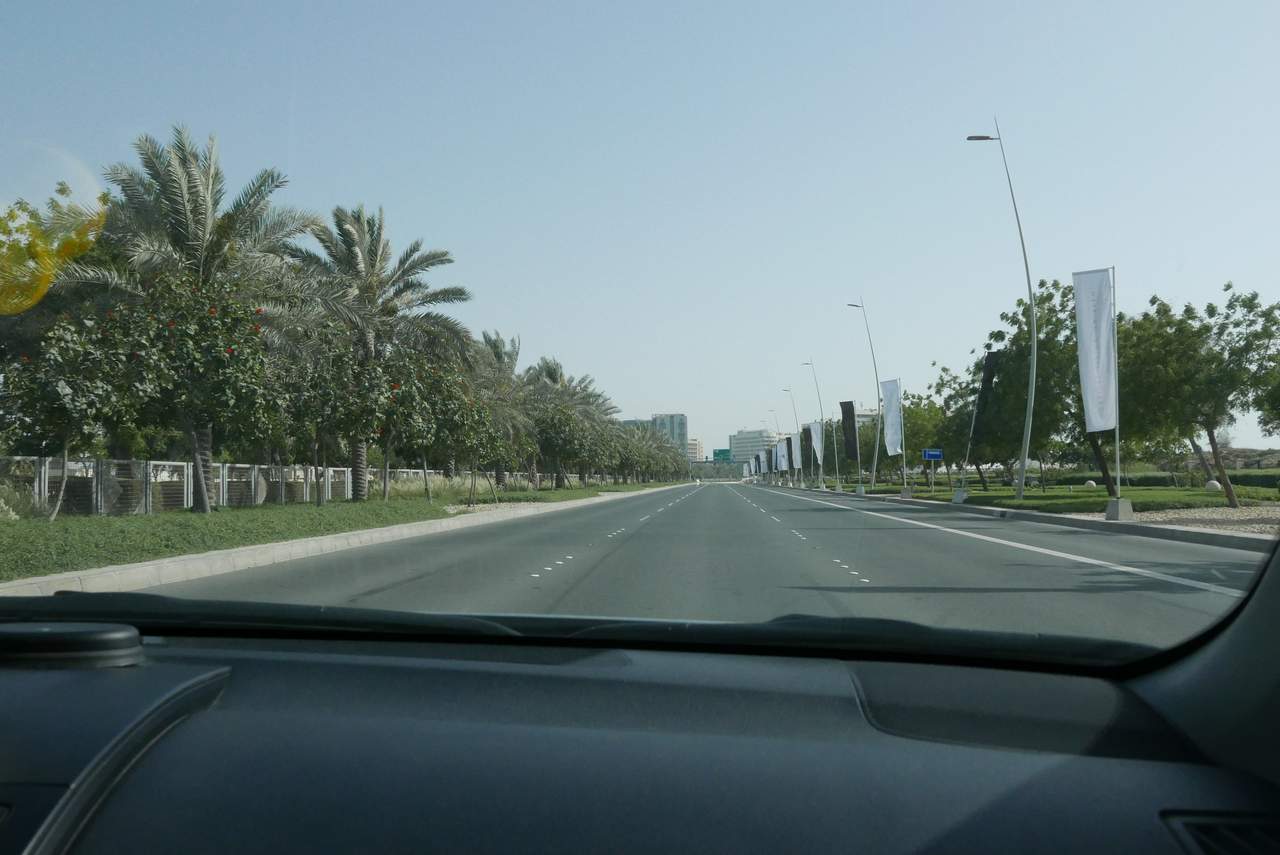 I don’t even want to think about how much water and manpower it takes to keep grass green in the middle of the desert. Well-maintained cars on well-maintained streets, traffic rules being (mostly) in effect (think “driving like Italians on adrenaline” rather than “oh god, oh god, what is even going on?!?”), air conditioning everywhere, about 99% less honking, being able to take a taxi without having to bargain the price down from super-ripoff to only-somewhat-ripoff – I felt myself significantly de-stressed in comparison with Cairo.

Pretty it aint, though – downtown has lots of new and shiny skyscrapers, but they’re all somewhat cookie cutter generic, and VERY densely packed.

The skyline coming in from the east – the “small” buildings in the picture are easily 10-15 stories high.

If you notice lots of pictures being taken from inside a car that’s because Abu Dhabi very much follows the American way of building a city, i.e. huge distances, endless suburbs, lots of multi-lane highways, built for cars – so everything in Abu Dhabi is a 30 minute taxi ride away. (Unlike Dubai, there’s no metro, and the bus network is very rudimentary).

Which was fine with me, because a) there is nothing interesting to walk to anyway – almost everything in the city did not exist yet 50 years ago, there are even whole neighbourhoods of skyscrapers on islands where even the island did not exist 10 years ago, so forget walkable charming old neighbourhoods. And b) it really is too damn freaking hot to walk anywhere, anyway.

Dehydration is enough of a thing that the very first airport toilet educates you like this. 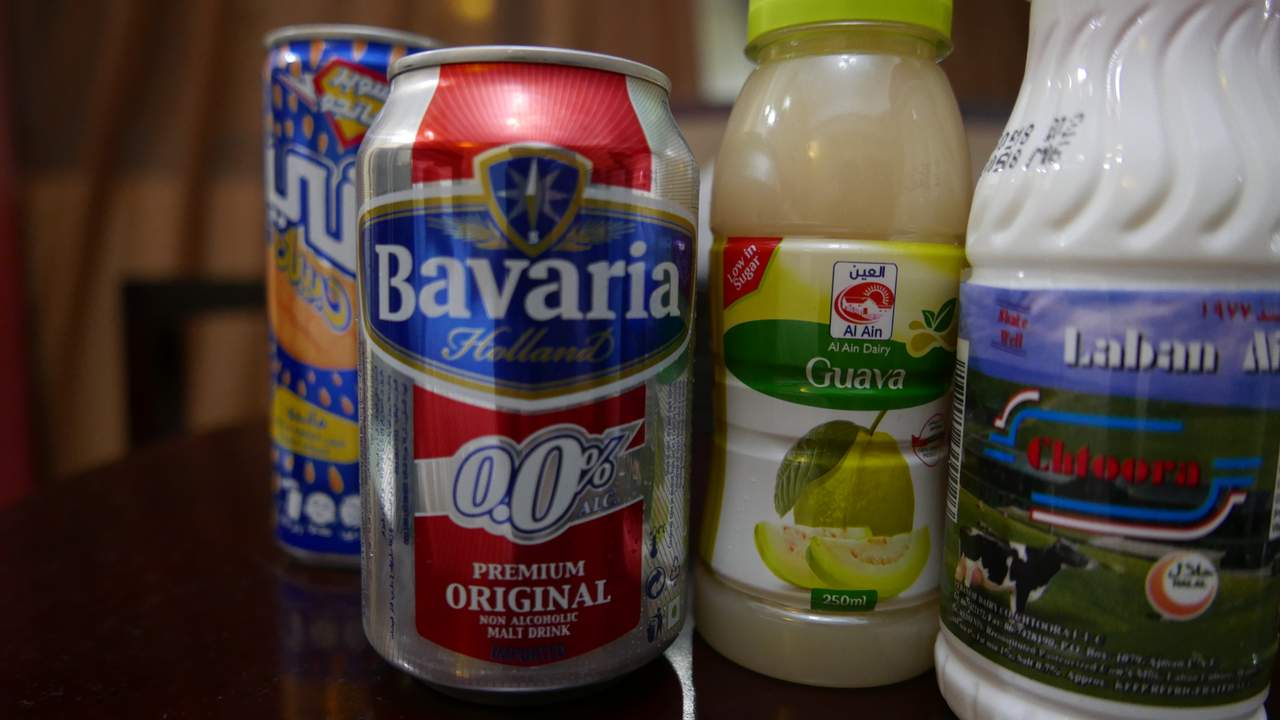 And after a hot day, nothing like kicking back with a cold – eh, “non-alcoholic malt drink”. Not sure if it’s even non-alcoholic beer, the taste is rather forgettable. 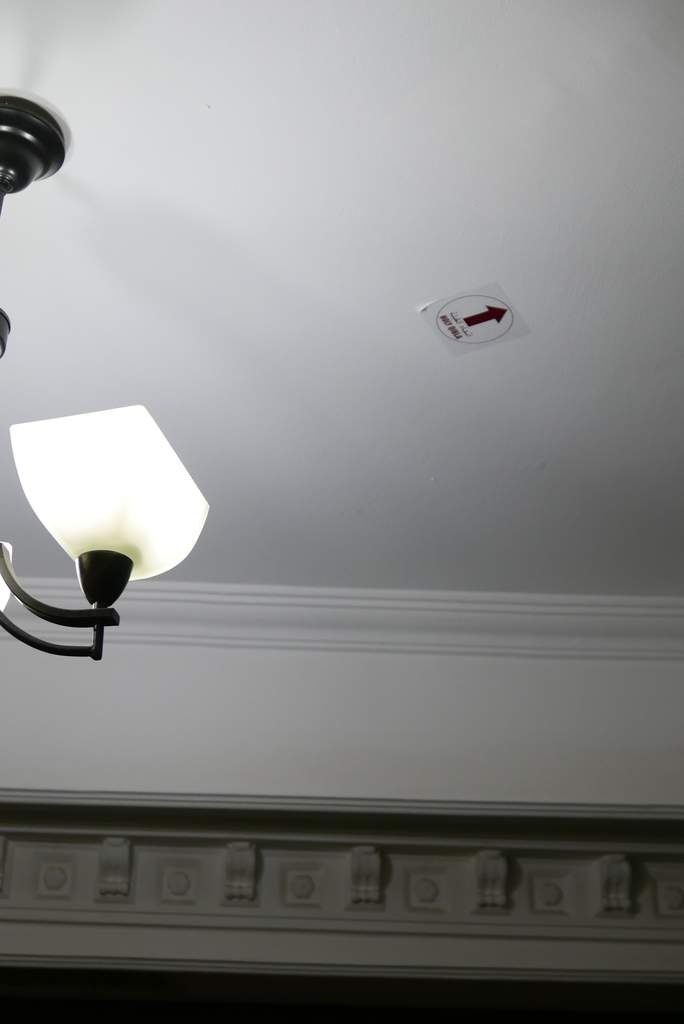 While being all modern and cosmopolitan, the U.A.E. takes islam seriously. Like every hotel providing a helpful error on the ceiling giving the direction to Mecca.

Or the mall being dominated by clothing stores specializing in dark, long and loose women’s clothing. 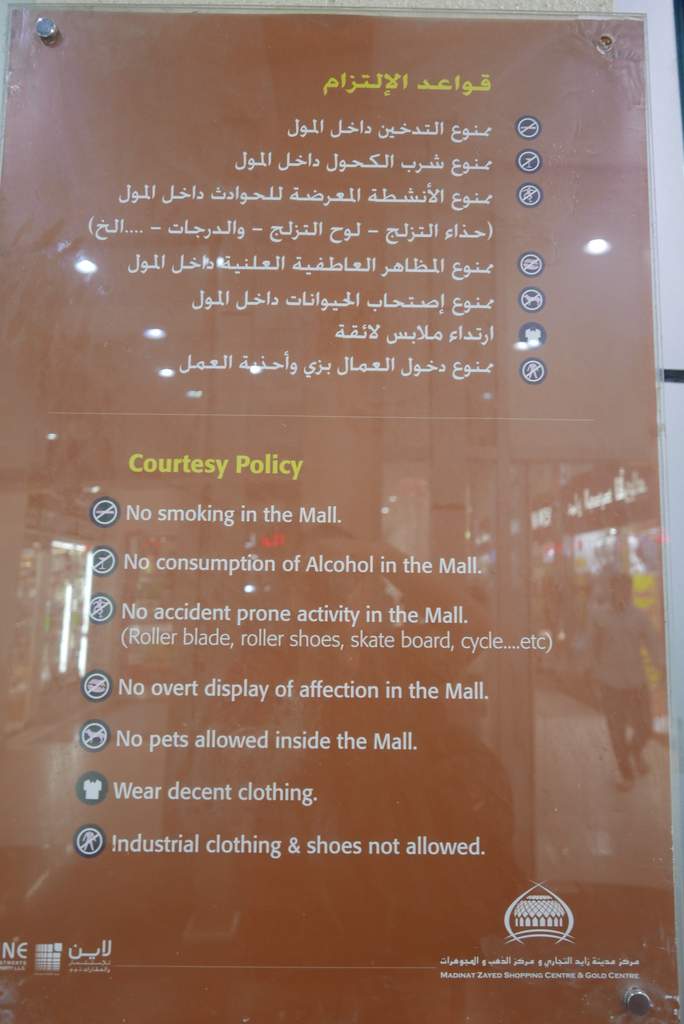 Notice anything unusual about this mall’s house rules? “No overt display of affection” – I’m sorry, but outlawing kissing is just sad 😦 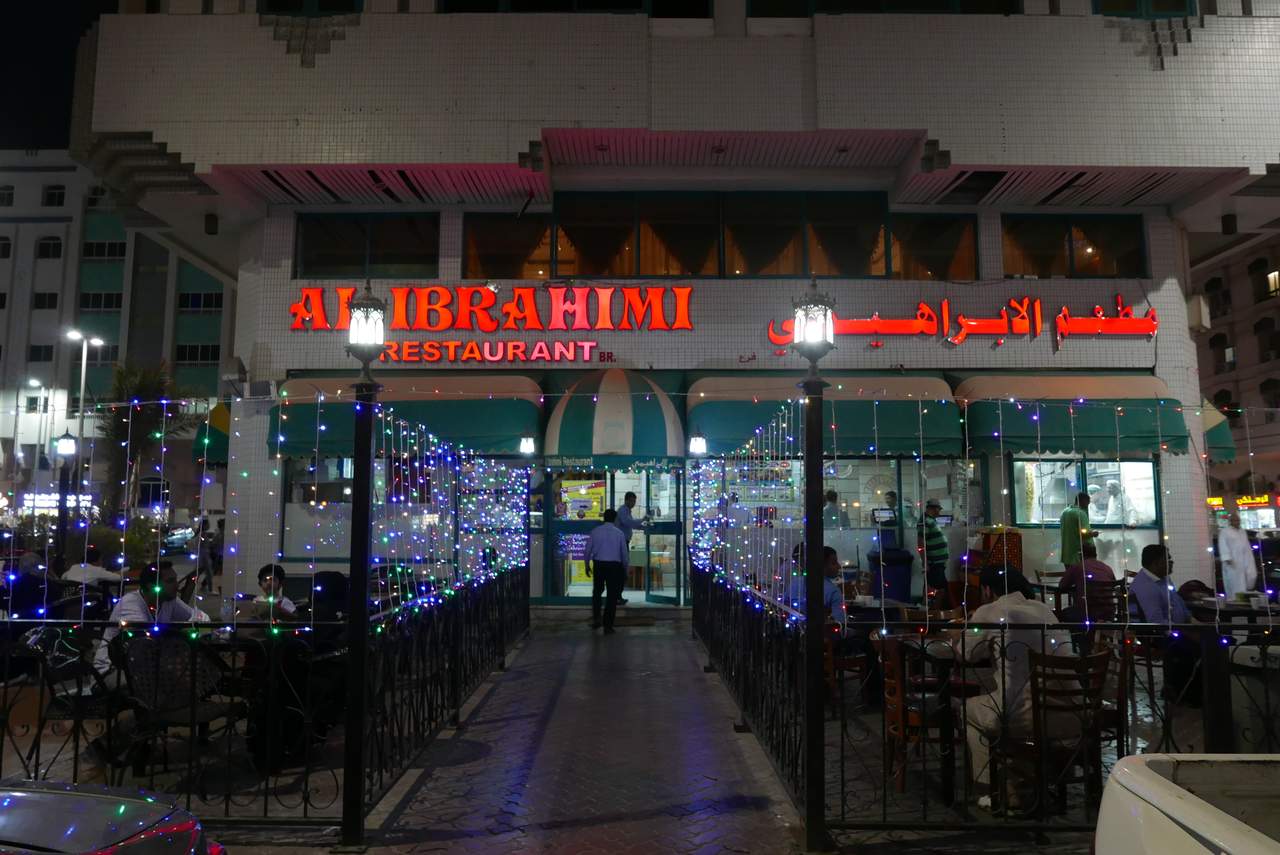 On a happier note, since my hotel is not in the western expat bubble, but usually frequented by Indian businessmen, it comes with an excellent (and comparatively dirt cheap) Indian restaurant.

So the equivalent of 6 euros bought me this excellent mutton biryani with a thick variant of Naan.