Of all things named Zayed in Abu Dhabi, the most interesting one for tourists: The huge, bright and amazing Sheikh Zayed Grand Mosque.

For those yelling “copy of the Taj Majahl”: yes, it is officially “inspired” by the Taj – but also the Alhambra (in the ornamental wooden roofs of the domes) and the Blue Mosque in Istanbul (in the interior). Not a bad pedigree.

Not much need for words – it really is just amazingly beautiful. Sorry for the low-res pictures that don’t really do it justice – I’m writing this from Nepal, where the internet is rather slow and interrupted by power cuts.

The one thing one could criticise aesthetically is that it’s not exactly subtle or modest – the Sheikh definitely went all-out. So I’d say it’s not the most beautiful mosque in the world for me –  the Blue Mosque or the Sulemaniye in Istanbul, or even the plain but honest Jama Masjid in Delhi take that crown. But wow, it is amazing. 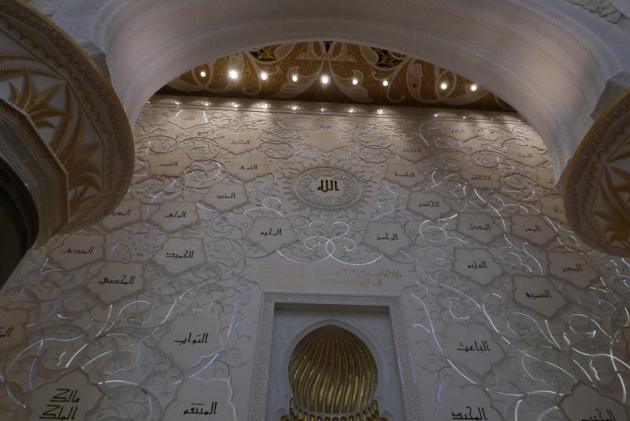 The niche showing the direction to Mecca for prayer, and around it the 99 names of Allah (I thought that was just a saying, but our friendly guide explained that there actually are 99 specific official names).

The pools around the mosque are not just for romantic reflections, but supposed to cool down the air a bit.

The ornamental flowers on the floor and the columns are not painted, but actually inlaid with precious stones (same technique as in the Taj Mahal). 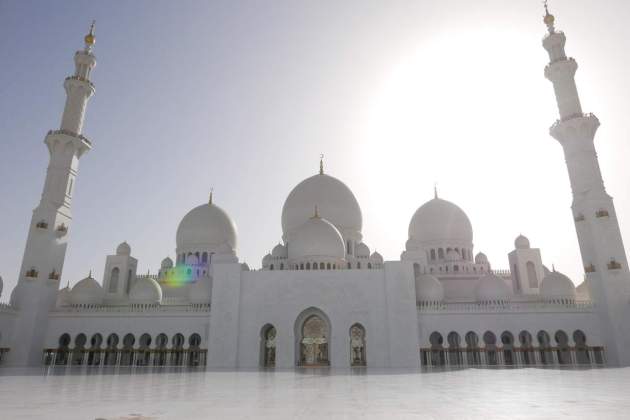 Straight out of Arabian Nights.

Round the world in 40 days

Since my employer has a very generous policy for going on a 2-month mini-sabbatical [insert obligatory mention that we’re hiring], I find myself with the whole of May and June off. Also, being in my thirties and single, this is an excellent opportunity to do something a little crazy – visiting 10 cities on 4 continents equals 40 days of travel… (technically ended up being 39 days (flight schedules are weird sometimes), but I like the Jules Verne vibe..)

Since people have been asking for my itinerary, to e.g. hopefully not call me in the middle of the night due to expecting me to still be in a different time zone, here’s the list:

Stay tuned for updates here, plus my instagram account might finally see some use (although you really should support the open web rather than posting your content in somebody else’s walled garden – but that’s a rant for another day)